The Show MUST Go On? 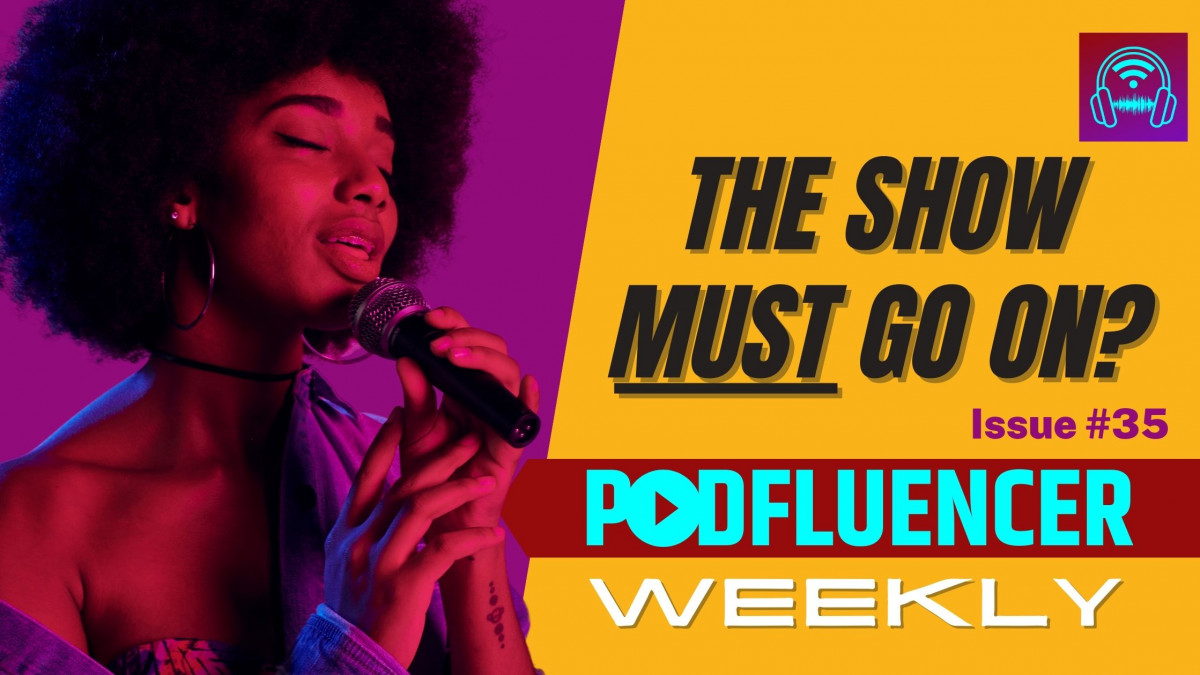 When the going gets tough... you know how we're supposed to finish that adage but how do you know when it's time to take a break and take care of you?

They say the only things in life you can guarantee are death and taxes. I’d like to add to that list to say that you can also be sure that even the best of plans will go awry, regardless of our best efforts and intentions. That has certainly been my experience this week. So, how do you keep going when it feels like the world is conspiring against you?

Last week I had my first week off from work this year. Don’t get me wrong, I have plenty of weekends away and I value my downtime immensely but it’s just how things have worked out, what with getting a new job and the like.

This trip was planned in February when I told my husband I wanted to go to the Fame reunion concert in Birmingham as my 50th birthday present. We decided we would then have a week in the UK after that, staying with family in Merseyside.

It was a wonderful week of catching up with family and friends, visiting Chester and Liverpool and enjoying a cooler climate than Valencia.

Unfortunately, as often happens with vacations, I got tonsillitis and was not feeling great for the latter part of the week and am still trying to shake it off. Our flight got cancelled due to air traffic strikes in France and then my father-in-law died suddenly and unexpectedly on Saturday. Sometimes, when it rains, it pours.

You may not know this about Spain but funerals tend to happen very quickly and so we said goodbye to my husband’s father on the same day the UK was saying a final goodbye to Queen Elizabeth II. Thanks to Jet2 and to my Dad for helping us at least get back in time for the funeral. So, as you can see, it’s been quite a time of things and despite our best plans, life happened and the curve balls came thick and fast.

How then do you keep on going when you feel like crap both emotionally and physically? Well, sometimes you just take a break and trust that people will understand. I’ve had a guest turn up for a podcast recording on the same day they had news of a family bereavement and that they had covid. They wanted to continue with the recording but we really should not have.

There are times when you just need to step back and take care of yourself and your loved ones. If your hierarchy of values has you placing a podcast interview over your own emotional and physical health, or that of your loved ones, I would suggest very strongly that you should reexamine your values. In the same situation now, I would insist that we reschedule.

On Tuesday I found myself pushing through a day of work when I felt the worst I’ve felt since getting covid last year. That voice comes up for me of not letting people down, how much I love and value my job and how I feel like I’m letting people down if I don’t show up.

Having just had a day off for a funeral, I felt terrible to ask for some time to recover from feeling ill and instead ended up with a very poor day’s performance for which I may as well have not shown up and I felt just as bad for it.

Luckily, I am now feeling a lot better. I can speak without sounding like Mutley (from Dastardly & Mutley if you remember the Whacky Races cartoons) and my brain fog has cleared enough for me to complete today's Wordle and finish writing this, so… getting back on track. I trust you will forgive the delay in publishing. I’ve reminded myself that I am my own number one resource and if I don’t look after myself I can’t be much help to anyone else.

All this said it's about knowing when you can and should push through and when you should accept that you need to stop and recover yourself. I used to let myself off the hook at the slightest challenge or obstacle. I’d tell myself that if it wasn’t easy then maybe the universe doesn’t want me to do this. I thought I wanted an easy and unchallenged life that I could just stroll casually through and stay chilled the whole time. Then I discovered Stoicism.

I’ve always liked philosophy, pondering life's meaning and our place in the universe, and had even wanted to study it at university but did not because I could not see it being valuable to my future career. Now, I know it would have been but then I did not.

It’s thanks to people like Tim Ferris and Ryan Holliday that I discovered Stoic philosophy and found a source of age-old wisdom that I really related to. I would even say it was life-changing for me. Stoic philosophy is not about being cold and unemotional but rather about preparing yourself for the good and the bad in life and living unselfishly. Mental resilience and benevolent leadership.

I started to realise that I should appreciate my challenges and grow from them and that I would become stronger and more capable by aiming to live more virtuously for myself, not just for others. These things would help me feel like a better person and my life would change for the better.

These were some of the foundational principles and philosophies underpinning much of what I had initially liked about the personal development industry. Information the self-help gurus don't like to share if they are educated about it because you might go learn about Stoicism instead of paying thousands to attend their workshops and events.

Would I suggest that you get to know Stoicism too? Yes, and I want to help with that by introducing you to Donald Robertson, an expert in Stoic philosophy and one of the founders of Cognitive Behavioural Therapy (CBT), a powerful therapy that was built upon principles of Stoicism.

Having read some of Donald's books, I found him to make Stoicism very accessible and applicable to modern life. When he released his book ‘How to think like Roman Emperor’ based on the life of Marcus Aurelius, I saw a perfect opportunity to invite him to appear on my podcast and I’m delighted to say he agreed. What followed was a masterclass in Stoicism which I hope you will enjoy as much as I did.

I’m currently reading 'Dopamine Nation' by Dr. Anna Lembke and I do believe it is a valuable resource for us all, especially for practising Stoics, in understanding that hedonism ultimately leads to feelings of emptiness and an inability to feel fulfilled, amongst other things the book reveals. Thank you to Kevin Chemidlin and Regan Bell at Grow The Show for the recommendation. I’m only on Chapter 6 and it’s proving to be incredibly insightful.

Speaking of things being challenging, I was fortunate enough to be a guest on Adam Adam’s Podcast About Podcasting, where we discussed, among other things, whether podcasting takes effort and whether or not it should, both as a host and as a guest.

With so many people just throwing out random conversations as podcasts and long-winded interviews, we had a good chat about best practices and personal philosophy. You can take a listen and please be sure to leave Adam a review if you enjoy the episode, and subscribe if you really liked it as he has many terrific episodes I enjoy listening to myself.

Your musical energiser this week is not from Fame, you may be relieved to know, but rather from Annie Lennox who I would have to say has delivered the best concert performance I ever heard live when she and Dave Stewart reformed the Eurhythmics some time back. I hope you will enjoy this song as much as I have over the years and feel free to bop along and appreciate how perfectly 80s Annie’s look was for this performance.